How to Make an Egg Cup From a Kitchen Fork

How to Make a Toy Soldier Bookend From an Old G.I. Joe

Be honest, you’ve been taking Mommy for granted… not helping as much as you could? I thought so… well, me too!

But don’t worry, there’s a way of giving Mommy (and Daddy, of course) the treats and affection they deserve… and when they want it… they’re called reward coupons!

Reward are very easy to make… but if you’d like printable artwork for the small pictures that sit in the centre of the gold medal sign up below.

Step 1: Using a compass, draw two concentric circles, on the BACK of gold card.

Step 2: Draw a zigzag between the two circles.

Step 3: Cut along the zigzag line to make the medallion.

Step 4: Draw a small picture (something that ties in with the reward) on white paper and cut it out.

Step 5: Glue the picture onto the center of the medallion.

Step 6: Now use a marker to write “Mommy Rewards” around the edge of the medallion.

Step 8: Use the marker to draw a frame around the edge.

Step 9: Glue the medallion onto the top of the card.

Step 10: To finish off, use the marker to write the reward details underneath.

With a little imagination, this is the perfect way of saying thank you to Mommy and Daddy. However, that’s not to say a nice gift from a shop wouldn’t also be appreciated! 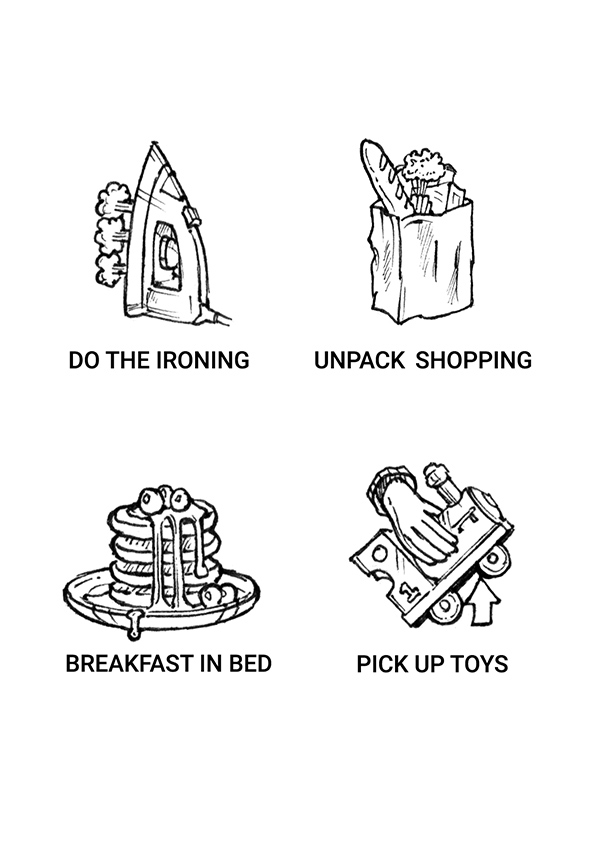