How to Make an Egg Cup From a Kitchen Fork

How to Make a Toy Soldier Bookend From an Old G.I. Joe

Stop the dice from rolling off the table while playing board games… make wonky paper dice!

Not only will they save you from picking dice off the floor… they are liberating to make.

However, for the 30% of the population who are perfectionists this project is NOT for you. For the other 70%… loosen up and embrace your wonky side!

Step 1: Draw six FREEHAND squares with tabs (in the configuration shown above) onto paper or card.

Step 2: Cut around the outside of the squares and tabs… you don’t have to be accurate.

Step 3: Draw the numbers 1 to 6 onto the dice.. use your imagination, for example you could spell the numbers or draw objects!

STEP4: Fold the tabs inwards, and then fold the sides inwards, until a cube shape is formed… remember, it’s supposed to be wonky, so don’t panic!

Step 5: Finally, use sticky tape to loosely join the sides together… again, don’t fuss too much, if everything joins up perectly you’ve done something wrong!

Sometimes it is good to be less precious.. even when you think precision is required, sometimes wonky is more charming! 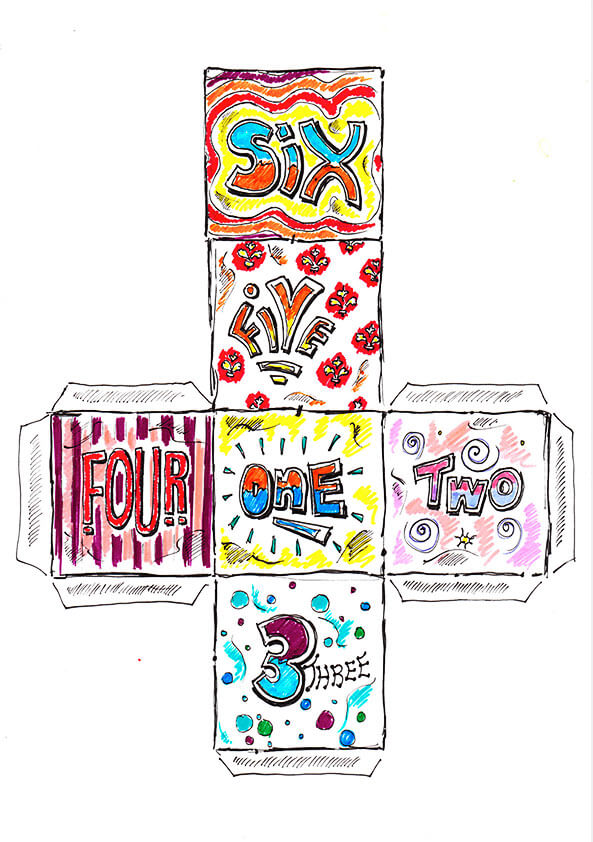 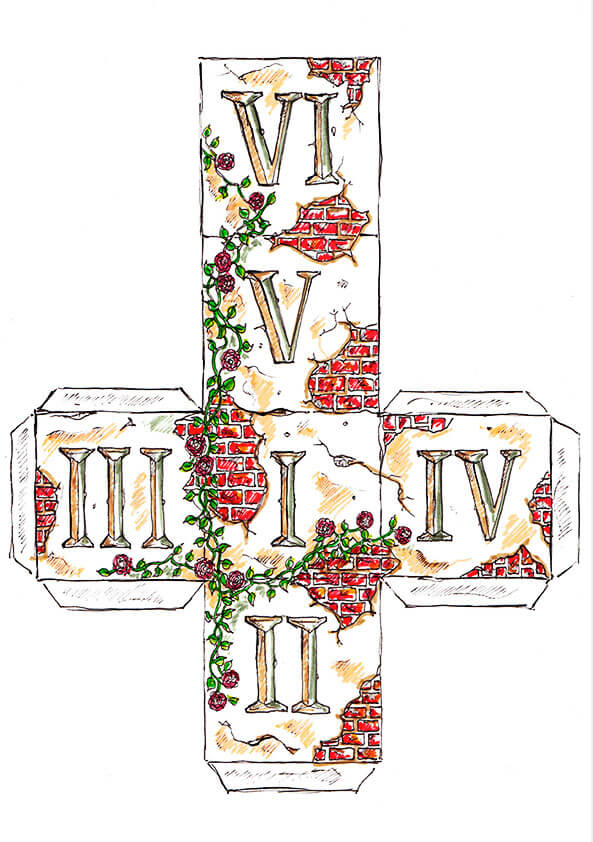 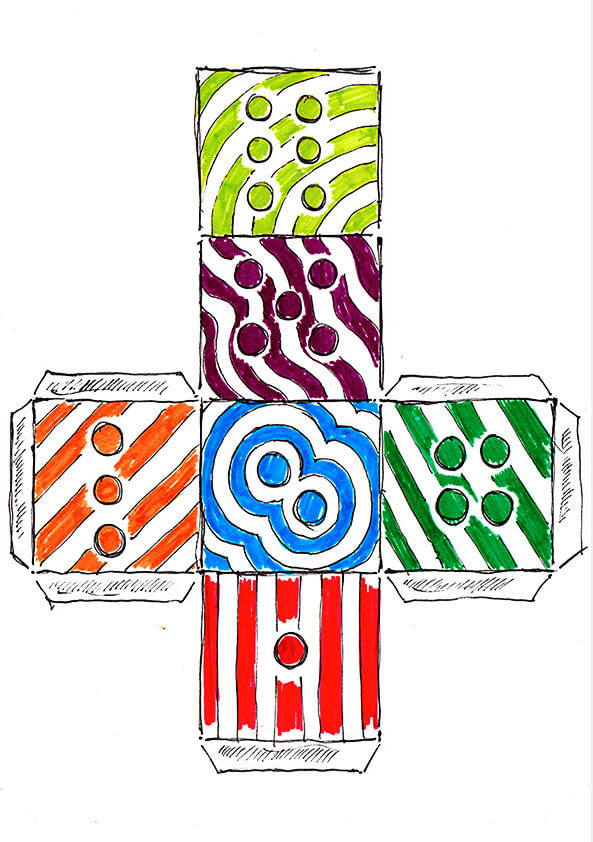 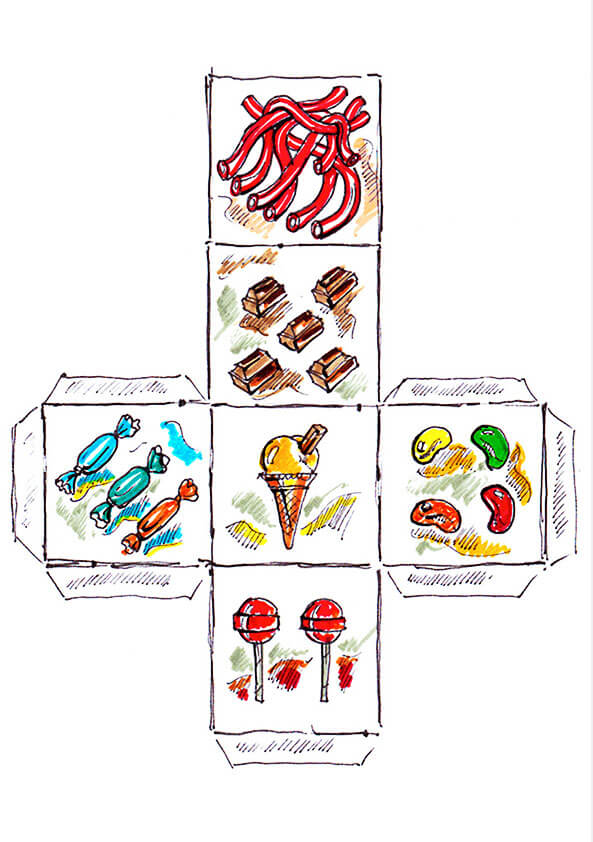