So keep reading, I’ll be sharing my science prize winning design with you, a statuesque tower 189 cms tall (6ft 2in).

And while it’s not ‘rocket’ science, it is science… so ignore basic physics at your peril (I added that for the science teachers reading!).

But seriously, building a really tall spaghetti tower is trickier than you think, you’ll need a plan (below)… and plenty of patience!

Before we get started, if you’d like the teacher’s pack, which includes a printable certificate and PowerPoint instructions, please subscribe below.

Here we go, the “how-to” guaranteed to stop your tall tower from teetering!

And remember, always push the spaghetti deep into the marshmallow, it provides more grip (see fig B).

For the bottom two layers of the tower, double up the strands of spaghetti in the vertical connectors, it reduces slippage and adds support.

Step 2: Next, take two completed pyramids and join them together with a ‘bottomless’ pyramid.

Step 3: Connect the bases of the two pyramids with two strands of spaghetti.

Step 4: Continue joining pyramids until you have three rows, each consisting of four pyramids.

Step 5: Connect the tops of the pyramids with horizontal lengths of spaghetti to complete the first layer.

Step 6: Build a second layer of pyramids on top of the first layer, this one will consist of two rows of three pyramids.

Note: For layer 3 we have to change tack, because if it were another row of pyramids it would consist of only two pyramids!

Step 7: Start by connecting the six marshmallows at the top of layer 2 to four marshmallows in square formation. Add lots of diagonal cross braces to provide extra rigidty.

Step 8: Construct two ‘flying buttresses’ on opposite sides, each made from a single marshmallow supported by spaghetti, this will help support the spire.

Step 9: To make the spire connect three cubes, with a base the same size as the four marshmallows in layer 3. Add DIAGONAL cross braces to each side, and across OPPOSITE sides, otherwise the cubes will collapse.

Step 10: Add two more flying buttresses, the mirror opposite to the ones you added to layer 3.

Step 11: To complete the spire add a ‘bottomless pyramid’ onto the top cube, to give the spire a nice point!

Step 12: Building the spire separately means you can more easily move or transport your tower. When you are ready to join them, lower the spire onto the base so the ‘flying buttresses’ are aligned.

Don’t try burning or cooking the marshmallows in order to ‘strengthen’ them, it doesn’t work... and smell's bad!

Step 13: Fix them together by pushing short strands of spaghetti through both marshmallows in each ‘flying buttress’.

Step 14: Spaghetti and marshmallow tower challenges often require an egg to be supported by the structure. The best way to do that is by creating a ‘nest’ from short strands of spaghetti pushed into the top marshmallow.

As soon as your tower is four spaghetti lengths tall, the weight of the spaghetti will cause the lower layers to slowly slip (especially in warm conditions).

That’s why if you are going for height, you’re almost certainly going to have to use the ‘pyramid’ technique… trust me!

That’s it, I hope these instructions help, or at least give you some ideas!

Even a spaghetti tower submits to the laws of physics… that’s why it’s such a great activity for science days, you learn so much, while having so much fun! 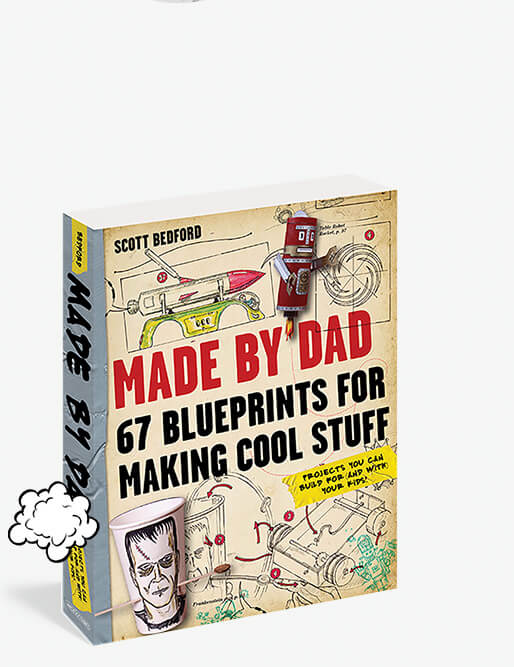 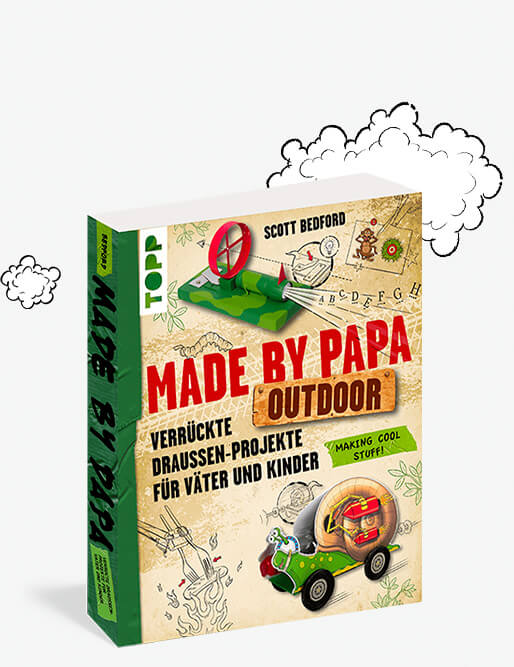 Follow-up to Made by Papa, the best selling German version of Made by Dad 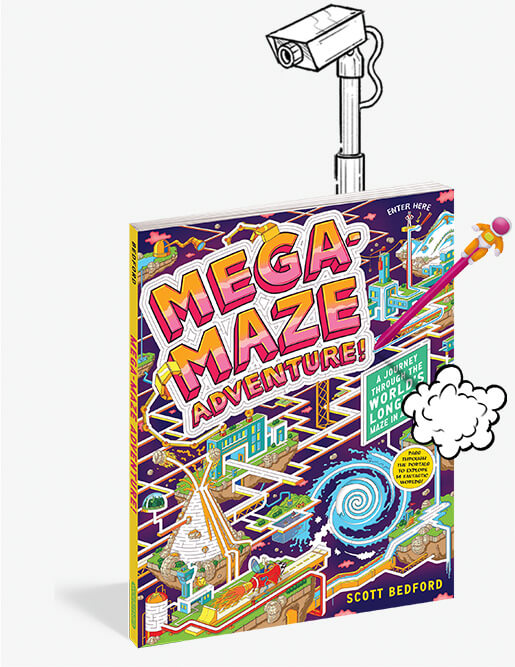 Get Your Free Teacher's Pack ⌃

Get Your Free Teacher's Pack Now!